Beyond food for thought: take action on reducing food waste 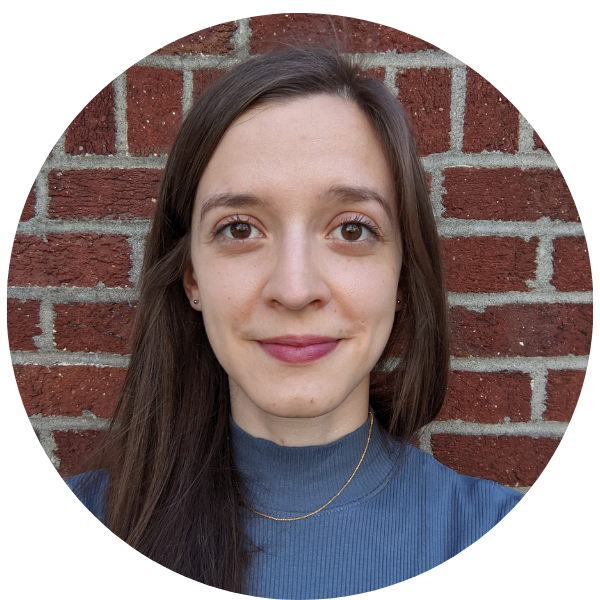 Day two of SPC Impact 2022 was focused on the theme of Food Waste and the Packaging Nexus. Even after hearing the statistics numerous times, the scale of the food waste problem is hard to fathom—according to ReFED, a shocking 30-40% of all food in the U.S. goes unsold or uneaten! There are enormous environmental, social, and economic costs when food gets wasted on such a large scale. However, the tone around this issue was an optimistic one, as we heard a variety of practical solutions to tackling this problem. First, four presenters gave short TED-style talks on what their companies or organizations are doing in this space.

Finding the Best and Highest Uses for Surplus Food

The first speaker, Catherine Greener, Chief Sustainability Officer at Do Good Foods, shared the surprising fact that there is more food waste in landfills than any other category of materials. This food waste not only takes up significant landfill space, it also produces methane, a potent greenhouse gas, as it breaks down in landfill conditions. A portion of landfilled food comes from unsold stock at grocery stores, and this is part of the food system that Do Good Foods seeks to change. How do they intend to divert food from landfill? Do Good Foods follows the EPA Food Recovery Hierarchy, which states that the highest use for surplus food is to feed hungry people.  To this end, Do Good Foods facilitates community food donations to connect unsold food to people who need it. Then, food that cannot be donated goes to the next highest use, which is to feed animals. This food is converted into chicken feed, which diverts the food from landfill, retains the embedded value that went into growing and harvesting the food, and produces an affordable and “carbon-reduced” source of protein. Do Good Foods has calculated that for every chicken raised on this food waste-derived feed, 4 pounds of surplus food are diverted and 3 pounds of greenhouse gas emissions are avoided.

When it comes to throwing food away, “there’s no such thing as ‘away.’” – Catherine Greener, Chief Sustainability Officer, Do Good Foods

We then heard from Christina Grace, CEO and Founder of Foodprint Group, on the benefits of reusable dishware for capturing food waste for composting. Grace emphasized that reuse requires good design in order to set up a system that is efficient, sanitary, and easy for customers to use. Grace gave a number of examples of establishments that have piloted reusable dishware programs, whether self-managed or provided by a reusable dishware service such as Re:Dish or Deliver Zero. A major takeaway from these pilots was that with proper messaging and staff training to maximize use of reusable dishes, the switch to reusable dishware results in increased food waste collection, decreased costs, and a superior dining experience for customers compared to disposable dishes. In the case of Re:Dish, it takes just 10 reuses of a takeout container to come out ahead of disposables in terms of environmental impacts, and the containers are designed to be recyclable at the end of their useful life.

Next, Madeline Rotman, Head of Sustainability at Imperfect Foods, described Imperfect Foods’ mission to eliminate food waste by finding uses for foods that can’t be sold in traditional grocery stores. Rotman gave broken pretzels as an example, a food item that is unlikely to be chosen off a shelf by a customer but that is very much still edible and if covered in chocolate can be a tasty snack. Subscribers to Imperfect Foods’ weekly delivery boxes of oddly shaped produce and other rescued foods eventually began to express their dislike for the amount of packaging they had to throw away with each delivery—other than the cardboard box, the packaging is not recyclable in curbside bins. In response to this feedback, Imperfect Foods moved toward a model where they pick up previous delivery packaging when a new box of food is delivered. Returned packaging then gets reused or recycled: gel cold packs are sanitized and reused, while LDPE insulated liners are recycled into household goods through a partnership with Recyclops. Customers have enthusiastically embraced this option to reduce the waste associated with their food delivery. In one year, customers have diverted over 3.5 million pounds of packaging from landfill by returning it to Imperfect Foods.

Hard-to-recycle plastic packaging is “delivering a problem to customers that they didn’t ask for.” – Madeline Rotman, Head of Sustainability, Imperfect Foods

The last of the TED-style talks came from Gaeleen Quinn, Head of Impact at Too Good To Go, who dispelled any remaining doubts about the reasons to reduce food waste. According to Quinn, the value of surplus food produced each year in the United States is $408B. While some surplus food is donated or otherwise used, the majority of the surplus ($285B worth) becomes food waste. This amount of wasted food is especially egregious considering how many people don’t have enough food in the first place: 41 million people in the United States alone are considered food insecure. If these social and economic costs of food waste aren’t compelling enough, food waste also has a steep environmental cost. As an example, producing a bag of potato chips results in about 75 grams of carbon dioxide emissions. If the potato chips are never eaten and instead are discarded, all the embedded energy and emissions are for nothing, plus there are additional emissions associated with disposal.

“I’m a waste warrior.” – Gaeleen Quinn, Head of Impact, Too Good To Go

One of the winners and one of the finalists in the 2021 Food Waste Repackaged Innovation Challenge shared their technologies for preventing food waste. Moody Soliman, CEO of Ryp Labs, described the food-safe compounds Ryp Labs has developed that inhibit fungal growth and rotting. When applied to a produce sticker or sachet, these compounds release over time and protect the food. Ryp Labs is also working on a solution that could be directly incorporated into packaging materials. Bill Birgen, CEO of SAVRPak, explained how condensation in food packages leads to soggy food and microbial growth. When a SAVRPak food freshness pack is inserted into a package for delicate produce or take-out food, any condensation that forms collects on the pack rather than affecting the food. Both Soliman and Birgen stated that in addition to reading food waste, there is potential for their technologies to be part of compostable packaging systems.

Designing out Food Waste at Every Stage

Dana Gunders, Executive Director of ReFED, and Olga Kachook, Director of Bioeconomy and Reuse Initiatives at GreenBlue, wrapped up the topic of food waste with a sneak peek at their newly developed guide to preventing food waste through goals, package design, and consumer education. No further “spoilers” on what the guide has to say about food spoilage, but keep a look out for the guide’s release in the coming weeks.

A question that threaded through these sessions was why companies should care about food waste if it allows them to sell more food. For one, there are losses all along the food supply chain which result in higher costs. That being said, the highest proportion of food waste does happen in consumer households. Gunders pointed out that it doesn’t take many purchases of a product that goes bad prematurely before a customer decides not to purchase that product again. By taking actions to prevent food waste at every stage, even in the hands of consumers, companies save on the many costs of food waste and enable customers to get the most value out of their products. Whether you’re a producer, processor, retailer, or simply a consumer of food, what can you do to reduce food waste?

Lift and Shift: Finding Efficiencies to Improve the System and Advance Sustainability Faster

Revisiting the Discussion About Life Cycle Assessment at SPC Impact 2022